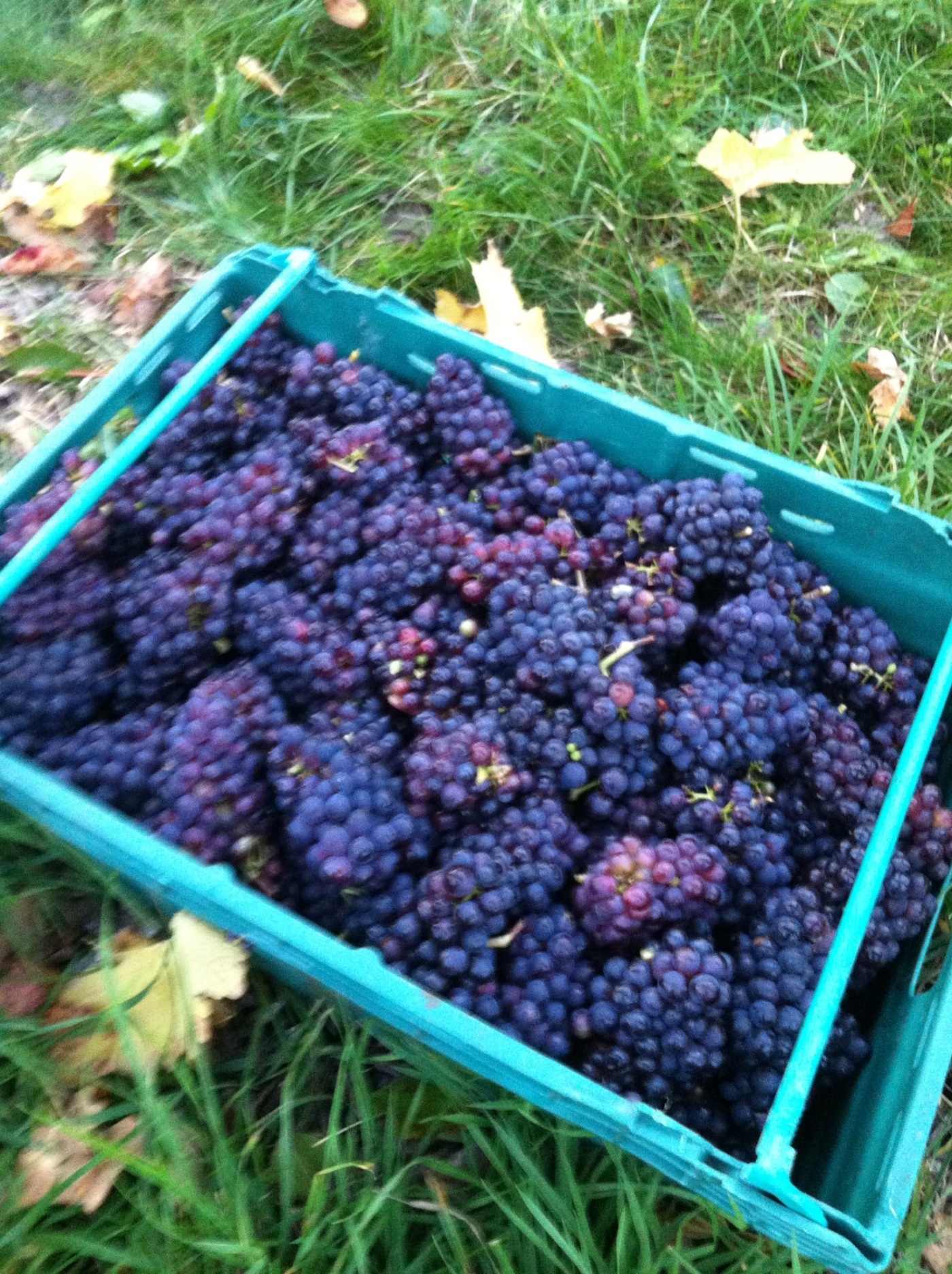 Most talk of harvest is over by the end of September. Particularly this year when some farmers have experienced their earliest harvest in living memory. But there’s still produce to collect in October: apples, maize, potatoes, sugar beet, and of course grapes.

This year was the best harvest on Albury Vineyard in terms of quantity. The team collected around 28 tonnes of fruit. Up about 4 tonnes on last year.

And the quality is high too. We had no frost in the spring, good weather for fruit set in early summer and then some fabulous sunshine in July and August. It even remained warm in September, the driest in 100 years, and October with the rain holding off for our harvest days.

It is such a relief after last year’s harvest. And 2012 wasn’t the best either, with Nyetimber not even picking that year.

Next on the list is pruning, beginning in December. But this year i’ll be having a break from it, as I look after my first child due at the beginning of that month. Nice timing you may think – because it’s hard work on hands which aren’t used to a lot of pruning in one go. But I will miss being out in the peaceful vineyard with a frost on the ground, dreaming of and preparing for the next two year’s of harvest.

Instead I will make do with a bottle of last year’s Silent Pool Rosé which is waiting to be opened. I doubt i’ll be able to hold off until the weather warms up in Spring next year but Christmas is for indulging.